In-situ/in-place machining was the most cost-effective and time saving option available to the customer.

The contract was won on In-Situ’s reputation and ability to complete this substantial task as well as competitive pricing against competition.

This work was carried out intermittently over a 12 month duration, consisting of the major overhaul of five engines where the big end / crankpin journals were found to have severe wear and in some cases major failures.

All crankpins of the engine, eight per engine, forty in total, were machined undersize to accept standard undersize bearing shells. Most were machined to 0.8 mm undersize from the standard size of 350 -0.06 mm diameter including the re-forming of the fillet radii and oil feed holes. Four severely damaged crankpins had to be reduced by up to 12 mm due to the induced hardening and surface cracking caused by the crankshaft failures. On average, each engine took in the order of four weeks to complete.

In addition to the crankpins In-Situ machined 46 lower connecting rod bearing blocks which had gone out of specification due to ovality being recorded in the bores and severe fretting.

This on-site, in-place machining contract was conducted in accordance with OEM service bulletins and in conjunction with the power station management and supervising engineers.

Each individual engine machining contract was completed in the given time scale. And the customer was impressed by In-Situ’s conduct and performance plus the achieved quality of work. 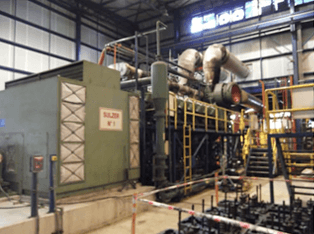 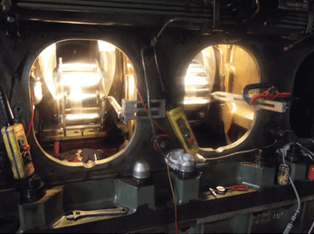 Orbital machining of the crankpins simultaneously 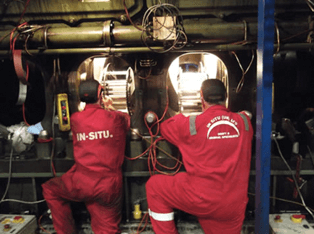 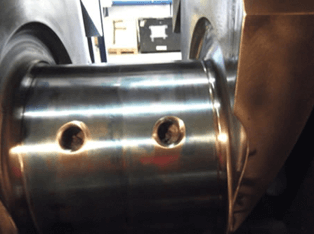 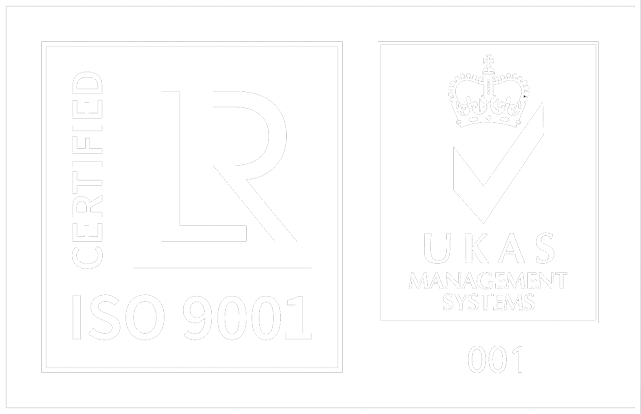